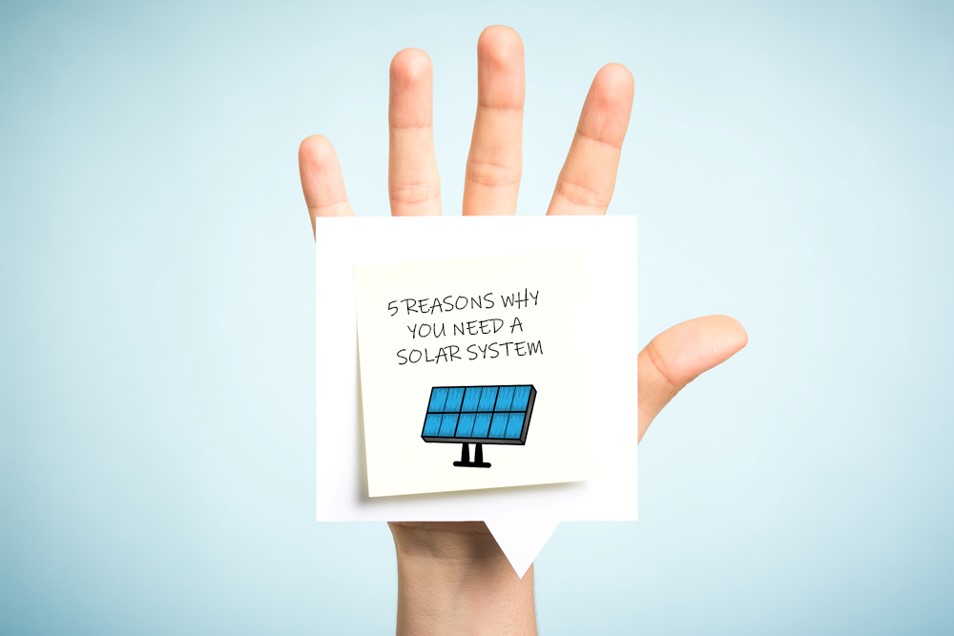 The Sun is one of the most powerful sources of energy in the world. Solar power can be harnessed to produce renewable, clean, and affordable energy that can make a drastic difference. But if you are still unsure why your factory needs a solar system, this blog is for you. Below we have explained how a solar system can prove to be beneficial for your factory or warehouse.

Here are some advantages of using a solar power system

A solar system might require an extensive investment at the start. However, it can help in reducing the overall electricity bill in the wrong run. By installing a solar power system, you can produce your own electricity and even gain extra credit by providing the surplus energy to the traditional grid.

Factories and warehouses usually have to spend a lot in paying for the electricity every month. However, a solar power system can reduce dependence upon the traditional grid that mostly overcharges. In this way, the solar system that might have a lot of cost in the start can help in recovering the investment by saving up on the electricity bills.

By installing solar panels on a factory’s roof, you can increase its overall value in the market. In this way, owners who eventually decide to sell their commercial, multi-unit, or industrial property can get more in return.

Pakistan experiences a lot of load shedding, which makes it extremely difficult for factories to continue their operations. However, with a solar panel, factory owners can reduce their reliance on the traditional grid and start producing their own energy. In this way, their plants or factories won’t be affected by power shortages in the city.

Most importantly, Pakistan gets abundant sunlight all the year around. In this way, factory owners can make use of the solar power to produce electricity yearly.

Manufacturing companies or factories are ideal for installation of solar systems because they have big roofs where various solar panels can be stored. Factories and plants are also located far away from residential buildings and skyscrapers. In this way, these buildings do not loom over solar panels or create a shade. Hence, factories are able to get more sunlight and generate a larger amount of electricity.

Even parking lots and other carports are great areas in a factory for installing a solar panel because they get unimpeded sunlight. The energy produced by these solar panels can be used for lighting the parking lot and lower floors of the building.

Solar power is one of the best renewable energies out there that can help you to produce undisrupted electricity and run your factories without any problem. So if you haven’t installed a solar system yet in your factory, it’s time to get one. 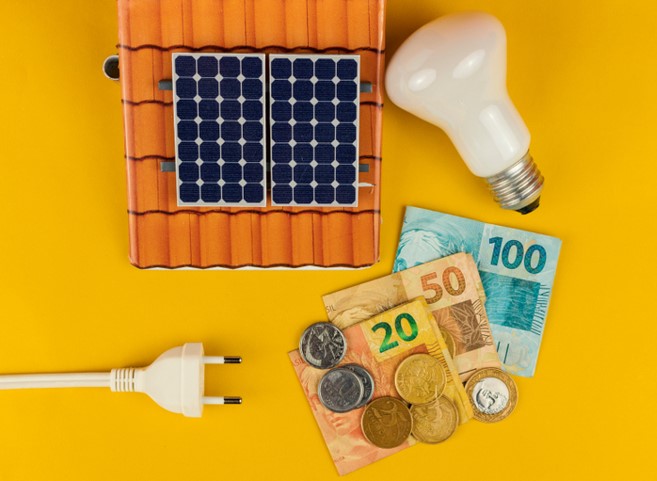 Solar energy is finally getting the recognition it deserves in Pakistan. However, many people are still unsure of installing a solar system in their offices and homes because of the high upfront costs associated with them. And this leads us to the question: are solar panels even worth the investment?

The answer is yes. The rising costs of electricity in the country and the constant power failure make the solar system a very lucrative investment.

Why does the solar system cost too much?

Solar energy is very capital intensive, which is the main cost of a solar system that basically arises upon buying the equipment, with the solar module being the largest expense. Other equipment such as an inverter, metering equipment, and other components like wiring gear and cables also have a lot of costs.

Besides installation costs, solar panels may also include costs for operating and maintaining the system, together with regular cleaning of the panels and replacing batteries after some years of use.

So why is the solar system worth investing money in?

Even though a solar system might have a high installation cost, it usually has a higher return on investment. In other words, a solar panel system can pay for itself over time.

Solar panels create substantial electricity for the entire house. In this way, you won’t have to pay a high electricity bill to your local electricity provider. Instead, you will be able to produce electricity on your own and even provide the excess energy to the national grid.

Solar systems that produce excess energy can add electricity to the national grid through the policy of net metering. In return, owners can either earn credit depending upon the energy provided or get their electricity bills reduced.

Pakistan also experiences long summers, which means that the country receives a lot of sunlight throughout the year. In this way, solar systems get enough exposure all around the year to produce energy.

There are many solar providers in Pakistan who also offer financing support through installment opportunities, making it easier for people to get a solar system of their own without paying a high-cost upfront.

When is a solar system not worth the investment?

A good solar system requires maximum exposure to the sun. If your facility, be it office or home, does not get enough sun exposure, let’s say because of its direction, then it might be difficult to produce sufficient electricity using the system.

Many solar companies also offer incentives to their customers. However, if you are ineligible for the incentives, let’s say because of poor credit history, then it can be difficult to get financing support and install a solar panel.

A solar system is really worth the investment if you want to cut down your electricity bills and produce your own energy. In Pakistan especially, solar energy is becoming a popular method of producing electricity. 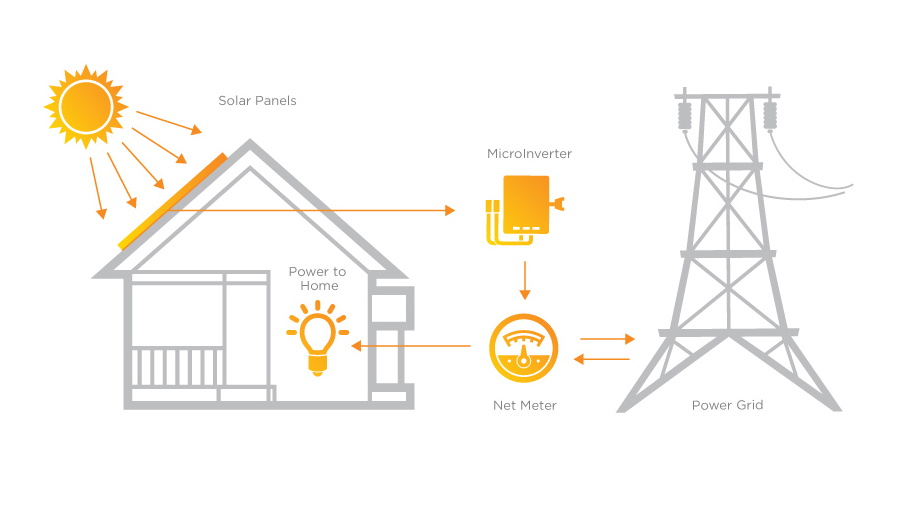 Net Metering is an effective way for solar panels owners to earn credit for the electricity they add to the grid. In this way, if your solar panels also produce extra energy that you don’t need, you can redirect it to the national grid and either reduce your electricity bill to zero or a negative value.

How does net metering work?

Net Metering is an effective policy for those who produce energy using solar power, and their system generates electricity more energy than what is required. With Net Metering, the nearest electric utility provides a bidirectional meter to the consumer, so they can record the excess energy they are adding to the national grid and earn credit for it.

It was September 2015 when NEPRA first issued its net-metering regulations by which consumers with three-phase connections to the national grid can get a net-metering facility for renewable energy installations, ranging from 1kW to 1MW.

How can you avail net metering facility in Pakistan?

One of the reasons why net Metering has become quite prevalent in Pakistan is because it is extremely easy to get the policy. The first step of moving towards net Metering is to install a solar system that is compliant with net Metering. Secondly, consumers need to fill out an application in order to apply for the license.

As part of the application process, the electric company will inspect the system, and once satisfied, it will issue the NOC. The consumer will then have to sign the agreement, after which the generation license will be given, and the net meter will start operating.

Consumers adding electricity to the national grid are compensated in the following ways:

The compensation depends upon the rules as laid down by NEPRA. The fee for the application depends upon the size of the facility. For example, if your solar system produces 0 to 20 kilowatt of energy, you won’t have to pay any application fees. But if it produces 20 to 50 kilowatt, you will have to pay Rs. 500 and upwards, as the amount of energy further increases. Anyone can opt for this program as long as they comply with the conditions as specified by NEPRA.

Benefits of Net Metering in Pakistan

Accordingly, consumers that are conscious about the environment can help in reducing pressure on the national grid and also benefit other people while having their power meter run backward. However, for consumers that do not go for Net Metering, all the excess energy that their solar plants produce will be wasted.

Net Metering is definitely a very prospective policy for all those whose energy systems produce an excess amount of energy. If you also own a solar panel that produces extra energy, net Metering might be the perfect policy for you. 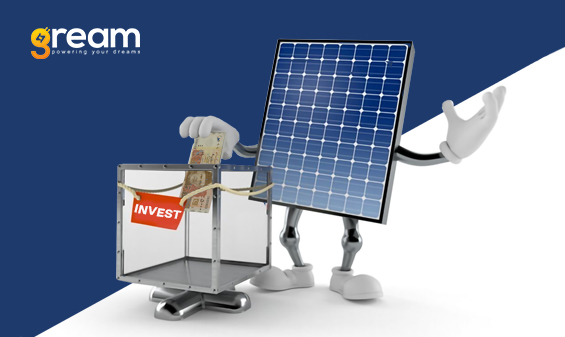 Solar energy has become an imperative source of power all across the world. Homeowners and businessmen from America to Asia have started to invest in solar systems rapidly. After all, solar energy is renewable, cost-effective, and beneficial for the environment. Here are some reasons why investing in a solar system might be a good decision for you as well:

The rising costs of electricity in the country are becoming a hassle for many. Electricity makes a major chunk of monthly expenses in many households and companies. However, by using a solar system, you can generate your own electricity and cut down your electricity bills to a minimum or even zero.

2. Solar energy is a reliable source of power.

Load shedding is one of the biggest problems that people experience in Pakistan. Due to constant load shedding, many factories are unable to run their operations effectively and have to rely on expensive UPS or generators.

However, solar energy can help you free yourself from these problems. Solar energy provides a reliable and steady supply of electricity. Since Pakistan receives abundant sunlight for the majority of the months across the year, solar panels can capture an ample amount of solar energy, store it, and provide electricity all day long.

3. A solar system can help in long-term savings

The initial cost of a solar system is generally high. However, you can find easy financing solutions in the market and pay for the solar system, usually in easy installments. Besides, a solar system only costs high at the start. The maintenance cost of this technology is quite minimal.

Plus, there are ways to generate a profit using solar systems as well. Through net metering policy in Pakistan, people can provide excess electricity, which their solar systems produce, to on-grid systems. Based on the amount of electricity provided, credit is provided to the owners of the solar system by which either their electricity reduces to zero or a negative value.

4. It is good for the environment

As a renewable source of energy, solar systems are quite useful for the environment. By investing in solar energy, your business can become more eco-friendly and show the customers that it cares about the environment. You can help reduce your company’s carbon footprint and make Pakistan a greener place.

5. A solar system can increase the value of your property

Properties that come with a solar system installed are already sold at a high price in the market. This is because solar systems have a high installation cost, which is usually included in the total price of the home. This means that if you install a solar system on your property and eventually decide to sell it, you can recover the initial investment you made in the technology.

Solar energy is one of the most effective ways to reduce your electricity bills and make your company more socially responsible. In other words, it’s time for your business to invest in solar systems as well.